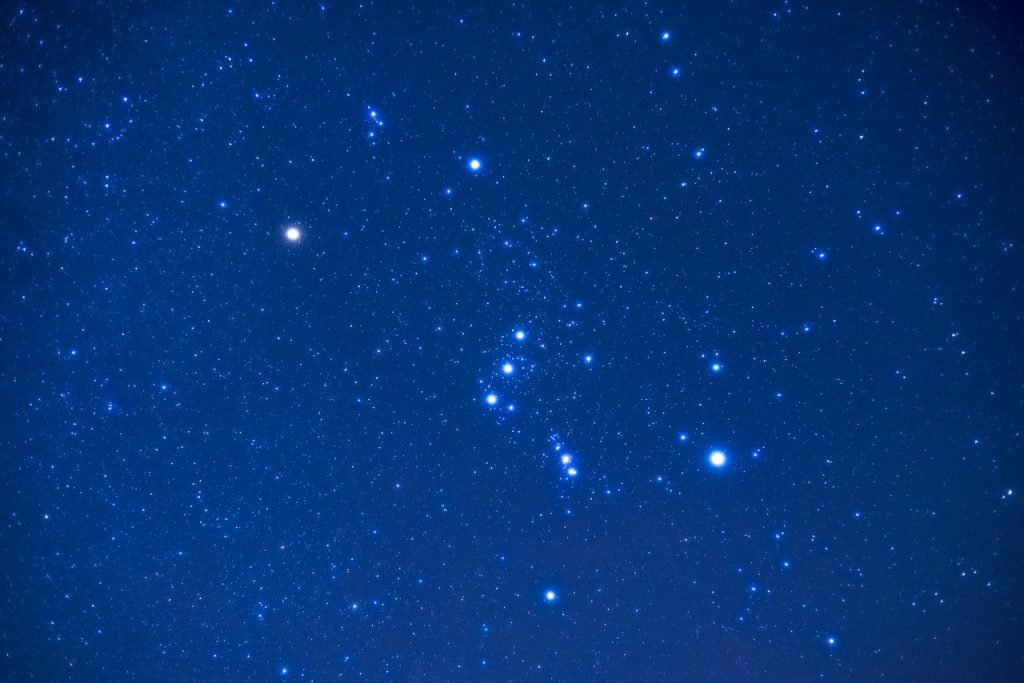 The sky of January awaits us! Let’s find out what the sky of this month has to offer to all astronomy enthusiast.

The Quadrantids meteor shower is active from December 28. It will reach its peak between the 3rd and the 4th of January. Although the Quadrantids may spike with the same intensity of the Perseids and the Geminidis, these meteors are fainter and hard to observe, also due to the presence of the Moon this year.
The radiant of the Quadrantids is in the Boote’s constellation.

JUPITER and SATURN – The gas giants Jupiter and Saturn, after the last great conjunction, will appear low above the horizon, right after sunset.

MERCURY – Mercury will also appear after sunset. It will reach its eastern maximum elongation on January 24 and it will be in conjunction with Jupiter on January 11.

MARS and URANUS – Mars will still be observable in the night sky. On January 21, the Red Planet will be in conjunction with the planet Uranus (below). 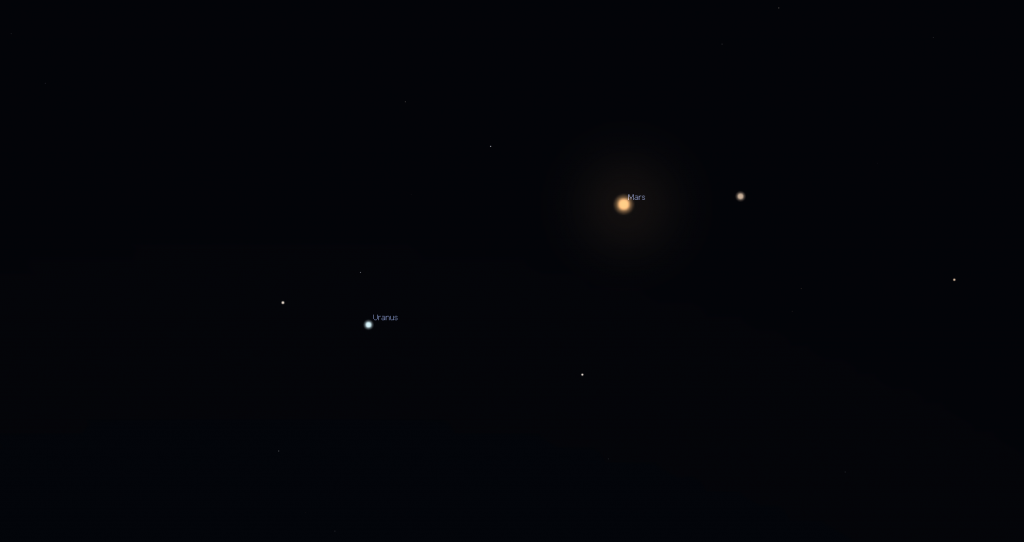 VENUS – Venus will appear in the sky just before sunset. It will be observable during the first half of January.

NEPTUNE – Neptune is also present in the sky of January, in the constellation of Pisces. The eighth planet is not an easy target, even for large amateur instruments.

The Orion constellation will dominate the sky of January, eastward and southward. The hunter will be accompanied by the Winter Hexagon stars, the brightest of the winter sky. South and West, the most prominent constellations will be Eridanus, Cetus, Pisces and Pegasus, the latter one easy to be recognized due to the Square asterism. To the north-west, you will have the chance to see Deneb, the brightest star of Cygnus.
Close to the zenith, you’ll find Perseus, along with Auriga, Taurus, the tiny Aries, Andromeda and the beautiful Cassiopeia.

You will see Orion, the Winter Triangle and the Winter Hexagon in the sky between south and south-west. Between north-east and east, the Ursa Major constellation will start to appear higher above the horizon. It will also be possible to observe the constellation of Leo, with its brightest star Regulus.
After midnight, the constellations Bootes, Virgo and Idra will show up in the January night sky.

In the constellation of Orion, you’ll find the giant stars Betelgeuse and Rigel. The Belt stars Alnitak, Alnilam and Mintaka can serve as a starting point to find Aldebaran and Sirius of Taurus and Canis Major.

Orion hosts the famous Orion Nebula, Messier 42, which is the most studied and observed star-forming region. With a telescope, you may be able to spot the Trapezium star cluster, right in the middle of M42.

Sirius, the brightest star of the night sky, and the open cluster Messier 41, a star cluster located 2000 light-years away from Earth, are located in the Canis Majoris constellation.

The Monoceros constellation, difficult to observe with the naked eye as it does not have particularly bright stars, hosts one of the most fascinating multiple star systems of the night sky: Beta Monocerontis, William Herschel’s “Wonder Star”.

The constellations of Taurus, Auriga and Gemini are among the sky of January main protagonists.

In Taurus, you will find the stunning star clusters of the Hyades and the Pleiades. Not only are they among the most beautiful star clusters to see, but they can be seen distinctly without the aid of astronomical instruments. In the Hyades, you can observe Theta Tauri, one of the most beautiful naked eye double stars. Another deep-sky object visible in this constellation is the Crab Nebula, Messier 1, a famous supernova remnant.

In the constellation of Auriga, you can find the bright star Capella and the open clusters M36, M37 and M38.

The constellation of Gemini hosts the stunning open cluster Messier 35. Next to M35, it is also possible to observe with a telescope NGC 2158, a second compact-looking open cluster.

The Beehive Cluster, or Messier 44, lies in the constellation of Cancer. It is a group of stars relatively close to the Solar System, identifiable with the naked eye under fairly clear skies.

The brightest galaxies of this region, M31 in Andromeda and M33 in Triangulum, are still very high in the sky, especially in the early evening. In Perseus and Cassiopeia, you’ll find many outstanding open clusters: the Double Cluster of Perseus, M52, the Owl Cluster and NGC 7789.