The great conjunction: Jupiter meets Saturn in the night sky 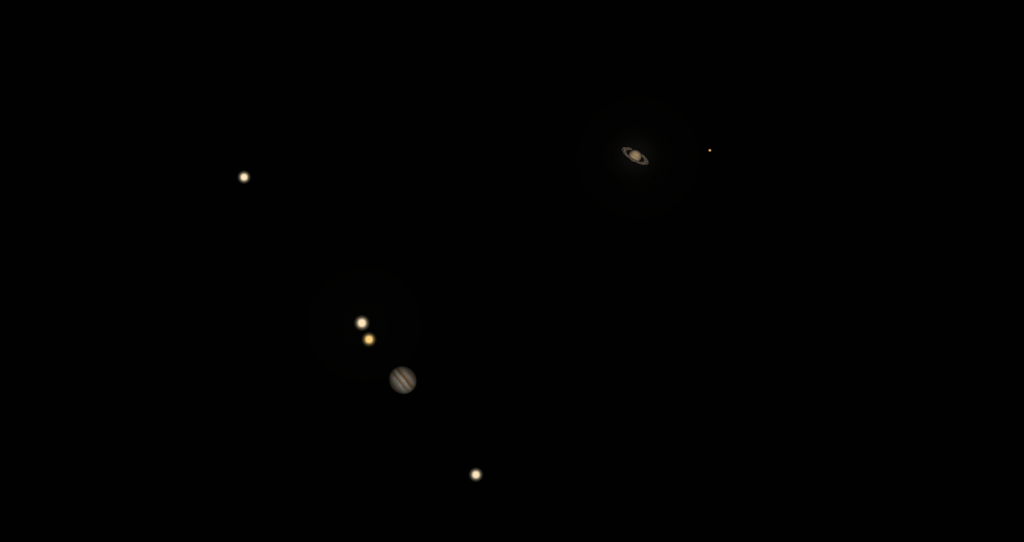 Jupiter and Saturn will be the protagonists of the great conjunction occurring on Monday, 21 December 2020. It’s fair to say that this conjunction will probably be one of the greatest astronomical events of the year 2020.

There are several kinds of conjunctions in visual astronomy. In general, we say that two celestial bodies are in conjunction if they possess either the same right ascension (the “celestial” equivalent of terrestrial longitude) or the same ecliptic longitude. Nevertheless, these events are mostly prospective and spectacular for visual enthusiasts and astrophotographers.
When Jupiter and Saturn appear at closest in the sky from our vantage point, we then call these events great conjunctions.
Great conjunctions happen every 20 years (19,85 years to be more precise). However, it’s not always possible to observe them, due to their position with respect to the Earth and the Sun. For example, during the great conjunction of 1623, the planets happened to be too close to the Sun, and so the event was very hard to observe.

HOW TO OBSERVE THE GREAT CONJUNCTION

If you are already keeping an eye on Jupiter and Saturn in these evening, you may have noticed that the distance between the two planets is getting smaller, day after day.

At conjunction, the angular distance between the two planets will be so small that observations through almost any telescope might show them inside the same field of view. So, will you need telescopes or binoculars to see this event? No, don’t panic! You won’t need optical instruments to enjoy the great conjunction!

Lastly, we recommend starting the observation right after sunset. The exact time and direction in the sky will actually vary, depending on your current location.

Reference Image: Jupiter and Saturn during the great conjunction. Simulation created with Stellarium.