Comets: and overview of cosmic snowballs 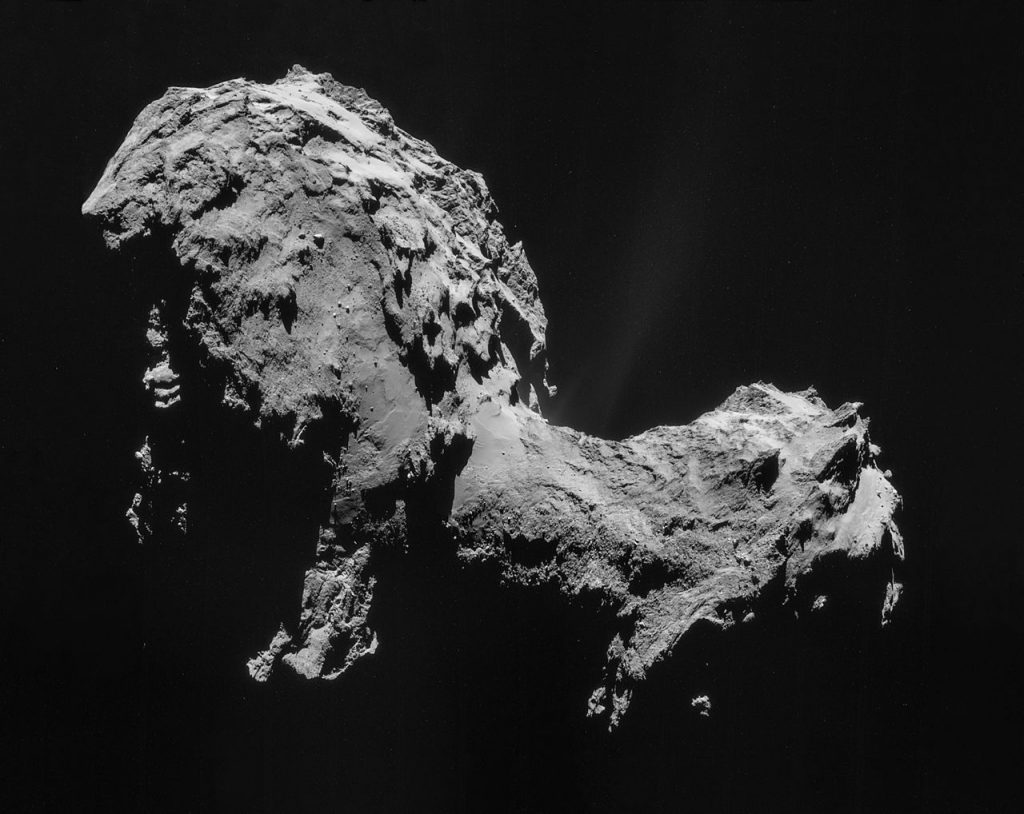 Comets are spectacular, without any doubt.

During the history of our civilisation, these stunning celestial objects have often been observed with suspicion; they were considered to be harbingers of misfortunes and calamities. Their sudden appearance in the night sky was in contrast with the static harmony of the cosmos.
Their appearances were often interpreted as a bad omen, like the upcoming arrival of famine, war or the fall of an emperor.

Today, thanks to astronomers, we know that comets are part of our Solar System Family. Although they rarely give us memorable appearances, these celestial bodies are not harbingers of bad omen. They are great and curious wonders of our cosmic neighbourhood. Recently, comet C 2020 F3 NEOWISE has put up quite a show in the Northern Hemisphere, blazing gloriously first in the morning sky and then in the evening sky, becoming visible to the naked eye.

It’s time to find out what is a comet, and why they may become the most spectacular sights in the night sky!

WHERE DO COMETS COME FROM?

Comets may not look like much different from asteroids. They are minor celestial bodies of the Solar System, with sizes ranging between few hundreds of meters and tenths of kilometres.

The most widely accepted theory states that most of these objects lie in a sort of a 60,000 Astronomical Units radius shell that surrounds our whole Solar System, named the Oort Cloud. At this point, you may well ask yourself: how do comets get here, in the depths of the Inner Solar System? It’s possible that gravitational disturbances caused by a star passing close to the boundaries of our Solar System may cause comets to “fall” thowards the Solar System. Comets are then pushed in a journey towards the Sun. A journey that can last thousands, or even millions, of years.

Astronomers think that there’s a second comets reservoir, a remote region beyond the orbits of Neptune and Pluto, called the Kuiper Belt. Here, scientists have discovered a huge number of minor celestial bodies called Trans-Neptunians objects, like dwarf-planets Makemake and Eris.

How many comets then may exist in our Solar System only? Well, we don’t have 100% certainty.
Kuiper Belt may host a few million cometary objects. A huge, still small number, given that the Oort Cloud may be formed by tenths, maybe hundreds of billions of comets.

As we stated already, comets may look very similar to asteroids. Their “body”, their core, is made up primarily of dust, rocks and metals. However, cometary cores contain icy stuff, like water and carbon dioxide ices, and carbon/nitrogen compounds like methane and ammonia. This is why you may hear an astronomer naming comets “Dirty Snowballs”.

Astronomers have then discovered much about these spectacular celestial bodies, thanks to ground-based observations and space missions. The soviet probe Vega and the European Giotto spacecraft flew by Halley’s comet. Let’s not forget the astounding Rosetta mission, developed by ESA, that returned breathtaking views of the comet Churyumov-Greasimenko.

The two main features of cometary bodies are the coma and the tail that comets develop once they get closer to the Sun.

As the comet reaches the Inner Solar System, heat coming from our star causes the stuff that made up the comet to pass from solid to gaseous state (sublimation), thus creating a tail of gas and dust, always directed away from the Sun thanks to the pressure of the solar wind. Comets may also develop more than a tail. Ultraviolet radiation emitted by the Sun may cause atoms ionization, the loss of electrons, in this case, creating the so-called ion tail.

The cometary tail may reach astounding sizes, in the order of millions of kilometres! To grasp this, think about the average Earth-Sun distance, also called the Astronomical Unit, that measures approximately 150 million km.
Cometary tails may also originate meteor showers. The Perseids, for example, is caused by the Earth transiting inside a dust-debris cloud generated by comet Swift-Tuttle.

The coma, from which the term comet has come from, is a gas-dusty envelopment that surrounds the core, generated by sublimation of compounds.
It may seem unbelievable and absurd, but the coma may reach a diameter in the order of tenths of thousands of kilometres. It’s the main feature that gives comet their peculiar aspect when observed. These bodies appear as opaque, much different from a star.

Some comets have a so-called infinite period. Their orbits are extremely eccentric (parabolic or hyperbolic) and when they get close to the Sun, our star acts as a gravitational slingshot and projects them towards interstellar space.

Another class of comets is the so-called Sundiving or Sungrazing. These comets’ perihelion, the closest point to the Sun, is only a few thousands of km from the Sun’s surface, which as consequence, destroys their cores.

Comets that do indeed survive the close encounter with our star, will begin to get further away from the inner solar system, only to come back after a long period. It may often happen that the gravitational influence of planets like Jupiter and Saturn alters the orbital path of a comet, leading the orbital period to shrink, from thousands or hundreds of years to just a few decades.
The famous Halley’s Comet returns to the Inner Solar System every 76 years, while comet Encke reaches perihelion every 3 years and 4 months.

We sometimes read in the newspaper that “Astronomers discover a new comet…”, and then we find out that the name is somewhat shady. Like comet C/2020 F3 NEOWISE. What is the reason for all these numbers, letters and funny names?
Let’s shed some light on comet’s name.
The IAU, the International Astronomical Union, developed this nomenclature to classify the names of comets uniquely.

Let’s take comet C/2020 F3 NEOWISE as an example.
The “C/” indicates that the comet is a non-periodic one. In other cases, we may find other letters like “P” or “X”. The letter “P” indicates a periodic comet and the letter “X” states that astronomers were not able to get precise calculations about its orbital path.
“2020 F3” states the year and the period of its discovery. For example, if we substitute F3 with A3, that would mean: “the comet was the third to be discovered in the first half of January 2020.”. So, we may resume
A – first half of January; B – second half of January; C – first half of February; and so forth.
NEOWISE indicates the ground or space mission, or the astronomers, credited for its discovery.

To summarize, comet C/2020 F3 NEOWISE was discovered the third comet to be discovered in the second half of March (on March 27, 2020) by the space observatory NEOWISE.

THE IMPORTANCE OF AMATEUR ASTRONOMERS

Astronomy is one of the few fields of science where amateurs can still make important contributions.

Many amateur astronomers spend an astounding amount of time surveying the skies, hoping to find a new comet or an asteroid. The reward is definitely worth: being the first person to discover a new celestial object and also having the privilege to get the comet named after you.

What would happen, for example, if you think you may have discovered a new comet while observing, or taking Astro-images of the sky?

Well, first you must check and record the position of this object in a sky map. Then you must make sure that the newfound object isn’t actually something that has already been known to astronomers. You must also check that no known comets are present in that portion of the sky and make further observations through time, to verify the nature of its motion.

Lastly, you must contact the Central Bureau for Astronomical Telegrams at the Harvard-Smithsonian Center for Astrophysics (Cambridge, Massachusetts). Once the discovery is acknowledged and confirmed, your name will be associated with the comet you’ve found.

But beware: comet hunting requires patience and skills. As we mentioned before, amateurs astronomers spend many hours, hundreds of hours, in careful observations, before finding a comet.

If you want to know more, check this link.