Deneb, all about the Swan Alpha star 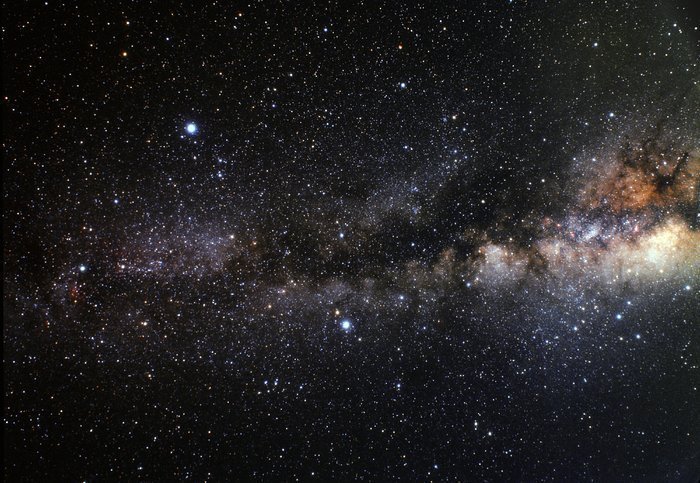 The most beautiful “hen tail” in the Universe

It’s called “hen’s tail” (from the Arabic Dhanab to the Dajajah). Its appearance, however, resembles little that of the ruffled tail of the biped of our flowerbeds… It is Deneb, the alpha star of the Swan constellation. We reveal some curiosities about one of the stars of summer skies…!

It will have happened to you during the summer nights to raise your eyes to the sky and see a stellar conformation that resembles a cross. The “Northern Cross“, or Swan, “flutters” on our heads in these evenings, with its main stars Deneb, Albireo, Sadir, Gienah acting as borders to the constellation.

The Arabs used to see the Swan as a hen, so much so as to appeal to its main star, Deneb (“the tail of the hen”). It was the Greeks who assimilated asterism to the figure of the majestic Swan. Today we therefore know Deneb as the “Swan’s tail“.

Deneb is a white supergiant. Of spectral class A2Iae, it places in the range of the most brilliantly intrinsic stars.

In the sky the star appears to us as the most brilliant nineteenth, immediately after Pollux and Formalhaut. Its apparent magnitude is +1.25 but unlike other apparently brighter stars, Deneb is at a considerable distance from us. Therefore what we see is the fruit, above all, of its absolute magnitude. It was not calculated accurately, but it is estimated to be between -6.88 and -8.46 (approximately). In any case, with high probability Deneb is one of the first-magnitude stars farthest from our Sun, and one of the intrinsically most brilliant stars.

The color of the stars

To find it, it is enough to find the constellation of the Swan, which is easy to identify thanks to its cross shape. Or follow the tracks of the Summer Triangle, the typical asterism of summer skies that also presents Vega and Altair as vertices of the triangle. Favorable for the observation of Deneb in the northern hemisphere is the summer period. During the winter until January it will be low on the horizon. In the southern hemisphere the best period for observation is between August and September.

On Mars the star Deneb currently holds the role of “Polar Star” (Nadine G. Barlow, Mars: an introduction to its interior, surface and atmosphere, Cambridge, Cambridge University Press, 2008) as it indicates the north.