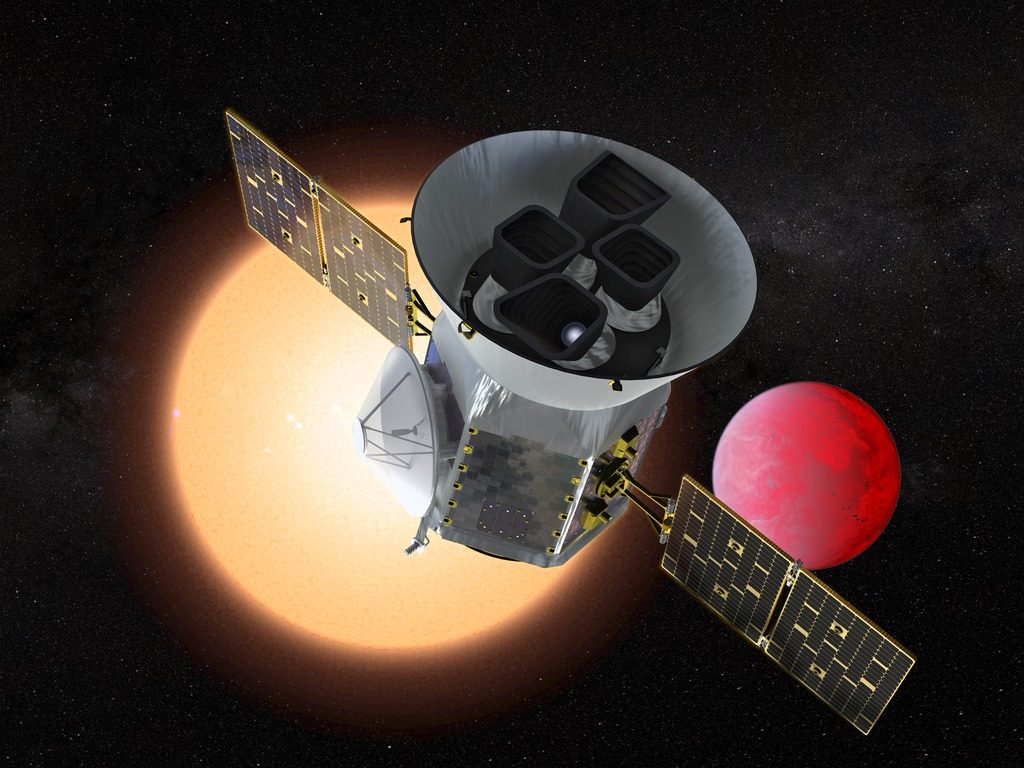 It has been almost a year since the first discovery of an exoplanet by the TESS satellite. To date, the mission has at least 270 “TOI” (TESS Objects of Interest) included in the assets, mostly comprising exoplanets.

Three new small exoplanets discovered by the TESS mission (Transiting Exoplanet Survey Satellite). To announce it a team of astronomers including Giovanni Isopi and Franco Mallia of the amateur astronomical observatory of Campo Catino (Frosinone). A relevant discovery that has attracted the attention of the scientific community. For several reasons. As specified in the article published in Nature Astronomy on 29 July 2019, the space telescope detected three small planets orbiting a star, TOI-270. This by using the photometric transit method,

The extrasolar planets discovered orbit around a spectral type dwarf M star, which the team renamed TOI-270. (It is the 270th object of interest discovered by Tess over a year). The TOI-270 star is about 73 light-years away from us. It has made the task of identifying the small planetary system “easier” because it is relatively quiet and close to us. Besides it has a mass equal to about half that of the Sun.

The three exoplanets discovered by TESS

The first planet, named TOI-270 b is a small super-Earth. It’s 1.2 times our planet and is very close to the parent star.

It has a very high surface temperature which makes life unlikely.

The other two planets are sub-Neptunian, smaller than Neptune. The three planets are therefore similar in size. They will offer astronomers interesting data and information relating to planetary formation. This thanks to the characteristics of the star, to study their mass, composition and structure.

The satellite was launched on 18 April 2018. The survey activity began in July of the same year. There have been many discoveries related to both exoplanets and stellar phenomena of particular importance.

Already in September 2018, a few months after starting its activity, the space telescope detected orbiting the yellow dwarf Pi Mensae. It’s a star similar in size to our Sun, a planet with a mass equal to about 4.82 times the Earth, then a super-Earth.

The TESS space telescope is the heir to Kepler, a satellite NASA launched in 2003 under the Discovery program. The mission ended in October 2018 due to depletion of fuel.

For more information on the discovery, consult the full article on Nature Astronomy.