The first video of a solar eclipse has been restored: it dates back to 1900 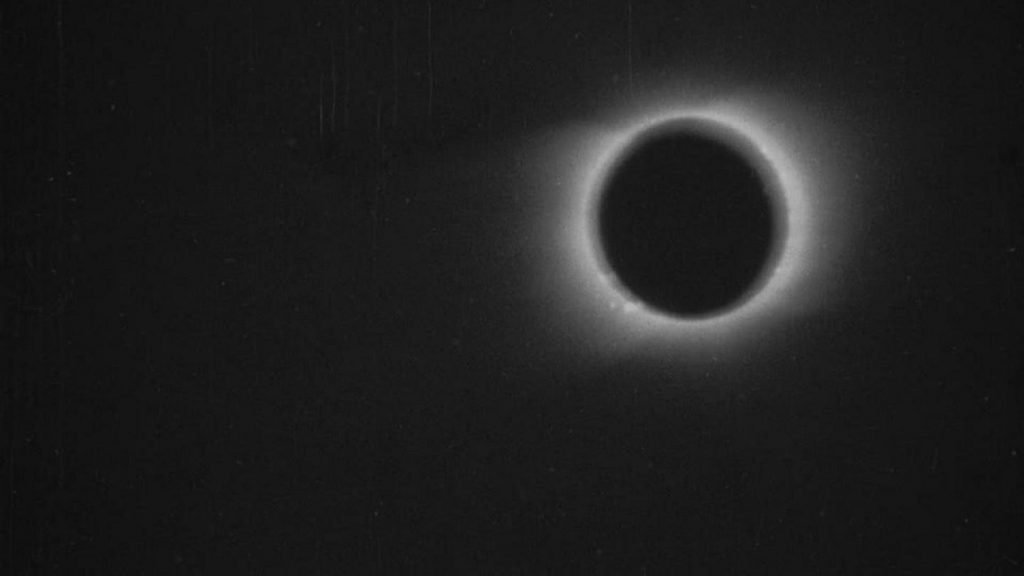 Restored in 4K, the movie shows the first solar eclipse ever recorded

The frames of the first total eclipse of the Sun resurface. The British Film Institute restored the images in the 1900 video which returned to the original movie 4K video quality. BFI experts meticulously restored frame by frame the film. It shows in high definition the moments in which the Moon conceals the Sun during the eclipse.

On May 28, 1900 a pioneering Nevil Maskelyne immortalized for the first time in history a more unique than rare astronomical event. It is a total solar eclipse.

A total solar eclipse occurs when the Moon is between the Earth and the Sun.

At the same time it must have a distance from us such that it appears angular in diameter slightly larger than that of the Sun.

In this way it is possible, thanks to the particular position of the Moon at that moment, to appreciate the phenomenon. It allows astronomers to study in particular the solar corona.

The importance of the exceptional recovery of the solar eclipse

The resumption of the eclipse of the Sun is of considerable importance. The cinema was born and developed in those years. To show that this could be useful for the advancement of scientific discoveries, Maskelyne realized with the advanced techniques for the time (installed a telescope adapter on the camera) the first film on an eclipse film solar. To do this it took a long time: already two years before, in 1898 he had tried the enterprise. He had in fact traveled to India to shoot, but Maskelyne lost them (probably stolen) on the return journey.

Subsequently, in 1900, he participated in an expedition to North Carolina. It earned him the spectacular resumption of the eclipse of the Sun. This was not an easy undertaking for the time, as we have pointed out.

Who was Nevil Maskelyne

Nevil Maskelyne was an illusionist, fond of cinema and astronomy. He thoroughly studied paranormal phenomena, magic (he wrote some books on the subject). He became a member of the Royal Astronomical Society.

Maskelyne wanted to show that the cinema would have been useful not only for entertainment but also for the advancement of scientific discoveries. And so it was. Thanks to video footage, many phenomena have been studied by academics and scientists, resulting in some cases to be decisive.

And if you want to relive the “magic” of the spectacle of a solar eclipse, do not miss the one on 2 July next.

Not visible in Italy, for the lucky ones who will be in Argentina, Chile, New Zealand, the event will be visible for a duration of 4 minutes and 32 seconds.