Astrotourism: where to observe the stars in Oceania 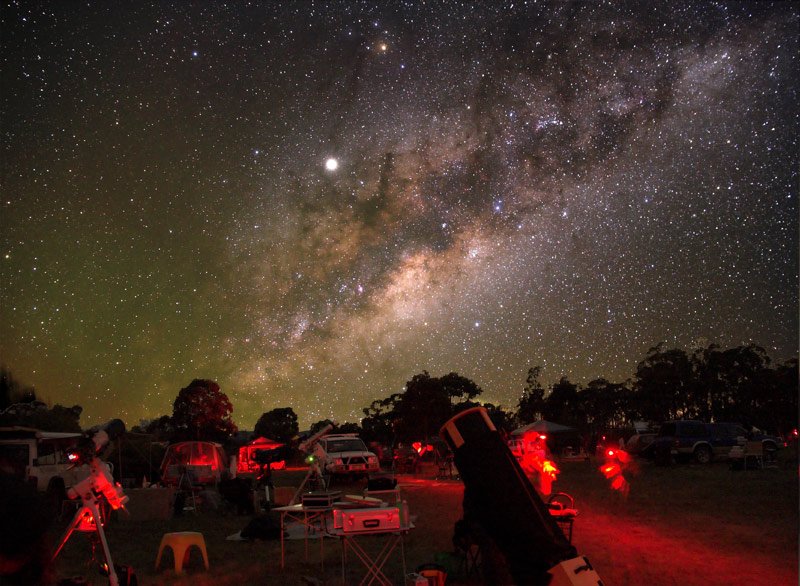 Seeing the stars from the southern hemisphere can prove to be a unique and unforgettable experience. It is no coincidence that  many States, such as Australia and New Zealand, use the Southern Cross, a typical constellation of the southern hemisphere skies, as the main symbol on their flags. The skies in fact, thanks to the low population density, are often illuminated by very few or scarce artificial lights.

Where to see the stars in Australia and New Zealand

In Australia, for example, the low population density and the vastness of the territory mean that you can observe the stars and the sky from many places. In particular, the western part of the country is one of the darkest places on Earth.

Let’s see together the main destinations for astrotourism in Oceania, in particular for New Zealand and Australia.

The western part of the country, as we have mentioned, is the one that best lends itself to observations of the starry sky. Among the best destinations for astrotourism in this vast country, we mention the Wiruna park. It is equipped to welcome star lovers with all the necessary tools.

In Australia, seeing the stars is an imperative as well as a show one cannot miss. There are many reserves on the island one can visit. Among these, the “Woolen station”, in the Murchison region, the Karijini National Park and the beaches of Shark Bay.

The Aoraki Mackenzie Dark Sky Reserve is in New Zealand’s South Island. It includes the Aoraki Mt Cook National Park and the villages of Lake Tekapo, Twizel and Mt Cook. From this immense reserve immersed in … darkness, from March to September it is possible to witness the southern dawn, a phenomenon generated by the solar winds and which paints the night sky with colored bands and a thousand shades.

Green hills, clearings, lakes and volcanic scenarios surround the area, 4300 square km wide. Light pollution is at a minimum here, not surprisingly it is one of the International Dark Sky Reserves (the rest are in Scotland, Namibia and the USA).

Oceania in general enjoys excellent, if not the best views in the world. From here you can almost caress the sky with a finger. From some of these areas it will almost seem to touch the Milky Way. This due to the clarity and absence of light pollution away from the main cities.