Reflectors on M31, the Andromeda Galaxy, visible even with the naked eye 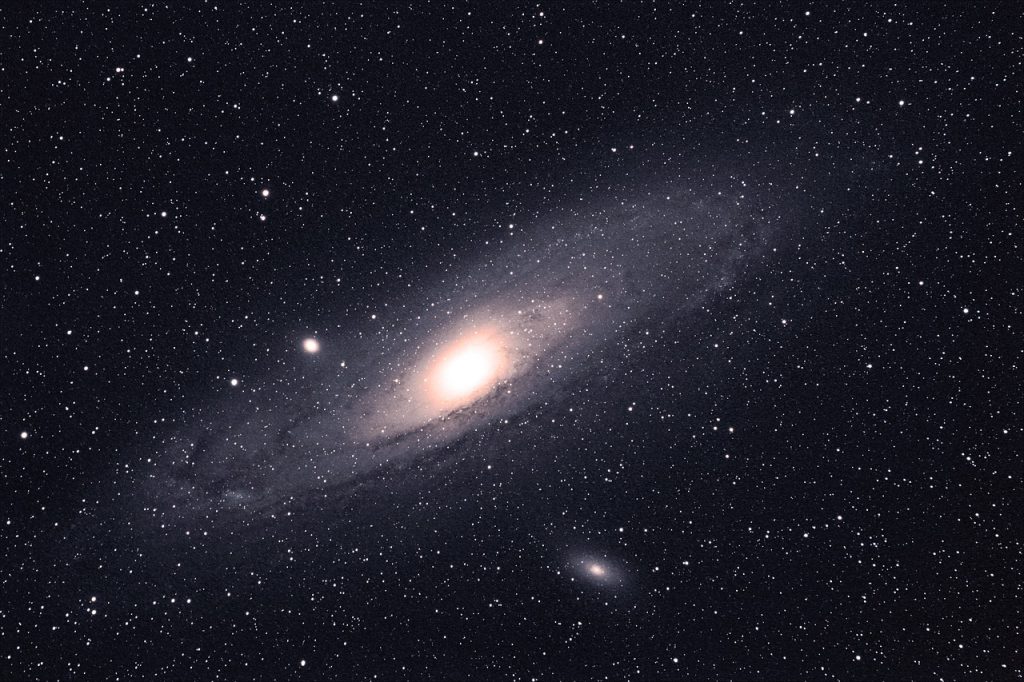 Eyes on M31, the largest galaxy in the Local Group. Probably the object of the deepest sky most photographed, admired and studied.

With the fall comes the chance to admire the famous Andromeda Galaxy in the northern sky, about 2.5 million light-years away from us. It is the largest galaxy closest to the Earth.

Do you see it too, that pale and dim luminous dot in the constellation of Andromeda? If the answer is yes, you are probably looking at the famous M31, the Andromeda Galaxy – and perhaps, if you are observing it with the naked eye, you are under one of the most beautiful Skies in Italy -.

Yes, because the Galaxy, known since ancient times, is the first window on the deep sky from which man has appeared.

It is also visible to the naked eye, provided that the sky is free of light pollution, one of the causes that prevent the sky from being always enjoyed at its best. At Astronomitaly, we try to enhance and promote the skies that allow, among others, to admire M31 with the naked eye.

Similar to the Milky Way by structure, it has long been the subject of much in-depth studies by scientists.

It’s a giant spiral galaxy with a diameter of about 220,000 light years – our galaxy “measures” about 100,000 – and contains about a thousand billion stars!

Estimates regarding size and mass are still conflicting. Studies maintain that the mass of the Milky Way, despite its smaller size, is even greater than that of the Andromeda Galaxy. The Milky Way would contain, according to the studies, more quantity of dark matter.

Given its apparent magnitude of 3.4 it can be observed under clear skies even with the naked eye. The galaxy even appeared in a celestial map of 1609, designed therefore before the advent of the telescope. Galileo was the first to observe it with his telescope, between 1611 and 1612.

To find it we first of all identify the constellation of Andromeda, lying between Pegaso, Perseus, Cassiopeia. Then we will have to look towards the Andromeda beta star, Mirach, through a celestial map or one of the apps to observe the night sky. We then proceed with the look or the instrument at your disposal towards the northwest, identifying the two stars that “lead” to the elongated spindle-like stain, known as the Andromeda Galaxy. Optimal period for observation, between September and March.

Have you ever seen it? With or without the telescope? Tell us in the comments!