How and when to see M42, the Orion nebula 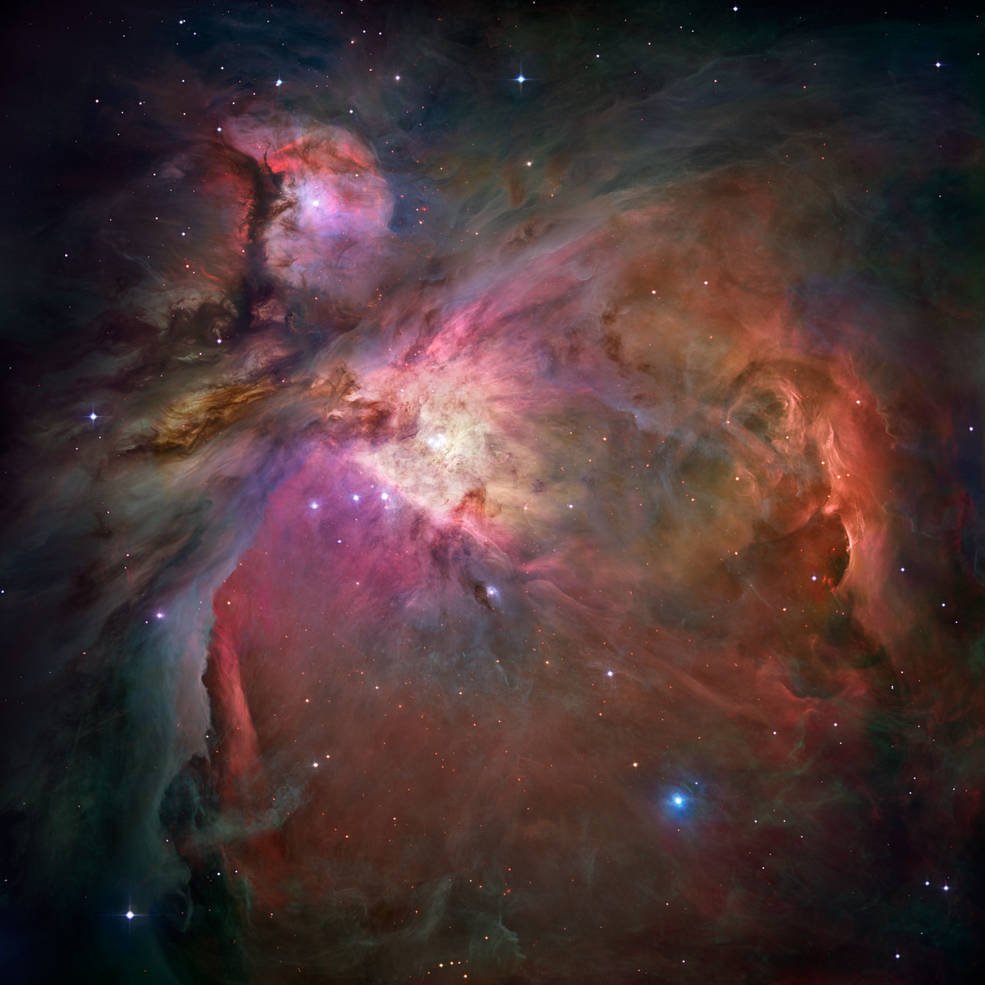 The Orion nebula, known as M42, or the “Great Orion Nebula” is a diffuse nebula. It represents the hunter’s “sword” hanging on the famous belt.

Here’s how and when to see M42 in the northern skies. We will also see the importance of the nebula in modern astrophysics. His study made it possible to understand the characteristics of star formation.

From the dawn to modern observations

The Orion nebula was the first nebula which astronomers took a photograph of. In 1880 Henry Draper did it with a 28 cm refractor telescope. The first observations of the nebula date back to the ancient Mayas, who saw the cosmic fire of creation there. Peiresc mentioned it in 1610 and subsequently Huygens and Messier, recognized its characteristics.

M42 is approximately 1500 light years from Earth in a complex, the Orion molecular nebula complex. This includes the famous Horsehead Nebula, Barnard’s ring, the Flame Nebula and M43.

M42 is  the star formation zone closest to the Solar System. It is one of the most studied and known nebulae, for its importance as a “forge” of stars. It is no coincidence that inside there are about 700 stars that are in different stages of development. Four young massive stars that make up the so-called Trapeze illuminate the central area.

The Hubble telescope took some of the most evocative images of the nebula and the trapezium with over 520 different “shots” in different wavelengths.

This nebula is a training ground for our researchers who seek to shed light on the initial stages of star formation.

The most accredited theory of stellar birth is that by nearby events “disturb” gravitationally balanced masses of gas and dust. For example, the explosion of a supernova can cause the gravitational collapse of the cloud through rotary motions.

During the collapse the cloud thickens progressively. The consequence is the increase in pressure and temperature, triggering thermonuclear reactions in the heart of the neo-star, called the protostar.

At the same time, more and more matter is attracted to the star. This causes the formation of a sort of ionized matter shell around the protostar, which turns out to be much smaller than the entire shell that surrounds it. As the shell grows, the rotation, its spin, also increases, until the centrifugal force is such as to prevent collapse. Then jets of matter will start, the so-called proto-stellar jets, in which up to 10% of the collapsed matter is expelled. These jets reduce the spin, consequently increasing the angular momentum of the protostar, at which point the gravitational collapse starts again. The phenomena of collapse and jets alternate until the balance of the forces involved is achieved. (Gravitational, magnetic, centrifugal force and internal pressure).

The entire stellar birth process, from collapse to the activation of thermonuclear reactions, lasts a few hundred million years and is observable in the far infrared.(Clarke, D., 2012, Nature).

During this long period, what has been difficult to observe for so long, to the point of calling it the “Holy Grail of infrared astronomy”, is the zero phase of stellar birth. This is because it lasts very little compared to the whole process and is a dimly lit phenomenon completely “protected” by the outer shell. Thanks to technological progress, telescopes such as the Submillimeter Array and the Combined Array for Millimeter-wave Astronomy have the necessary resolution to allow observation. They allowed Prof. Tobin and his staff (Tobin et al. 2012, Nature) to infer a protostar for the first time when the gravitational collapse begins.

How and when to see M42, the Orion nebula

M42 is visible in the northern skies from November to March. It is easily identifiable and visible even to the naked eye as a “star” with a hazy appearance. With the help of binoculars or a telescope, you will be able to see the four stars of the trapeze. You can find it right in the constellation of Orion, below the three stars that make up the belt. Precisely in the center of the so-called “sword of Orion”, the stars arranged vertically south of the belt.

To identify the characteristics of the diffuse nebula, it is necessary to move away from the city center and therefore from sources of light pollution and to have a telescope.

Next to M42, with the help of binoculars it will also be possible to see M43, diffuse nebula to north of the Orion nebula.