The sky of March 2020: spectacular conjunctions at dawn 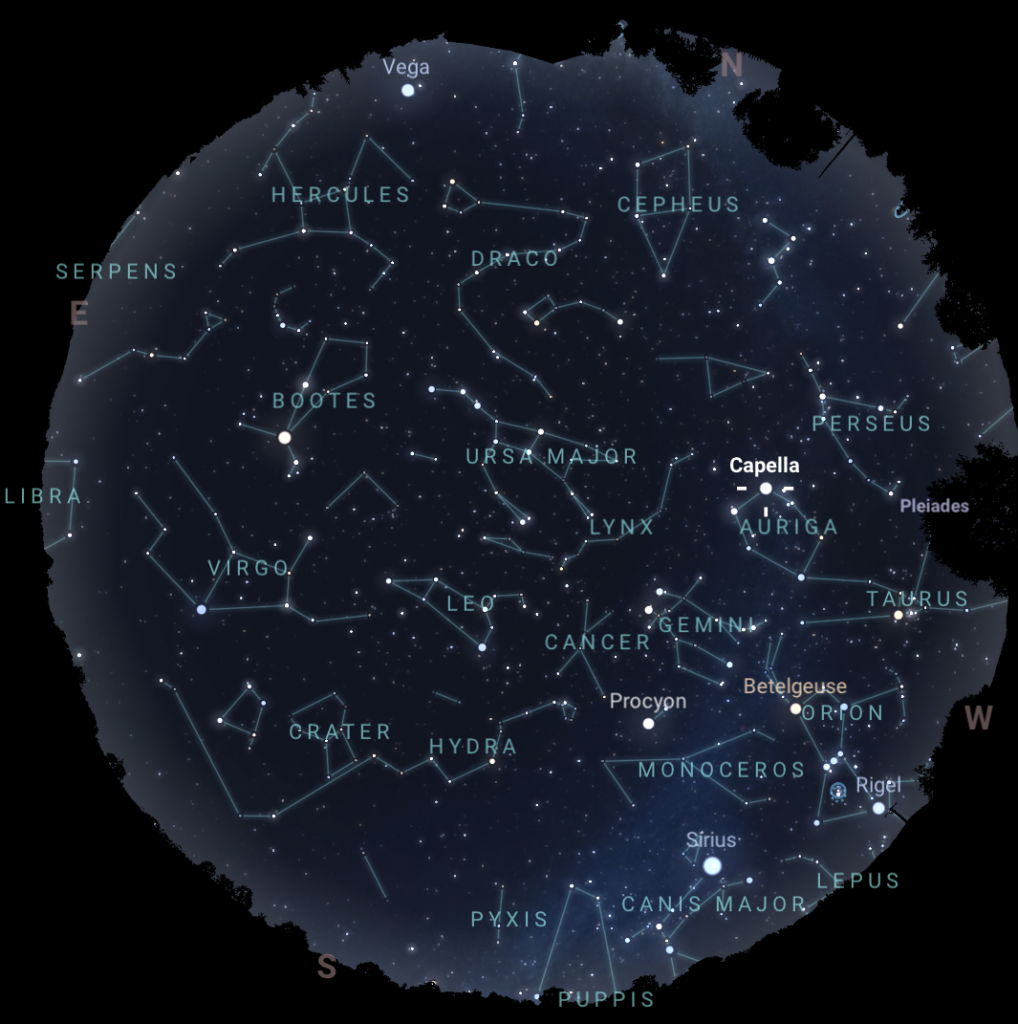 The sky of the month of March 2020. Before dawn we will witness very interesting conjunctions, between the Moon, Mars, Jupiter and Saturn first, and then between the various planets. The conditions of visibility for the winter constellations are still excellent, but they are moving south-west.

Walking through the constellations of March

The sky of March 2020 appears dominated by winter constellations. However, these are “moving” towards the South-West. They will set ever more quickly to leave the early evening to the constellations of the beautiful seasons.

The most recognizable of the winter constellations still visible around 21.00, with its famous three stars aligned on the belt, is Orion, whose namesake Nebula represents the “jewel” that embellishes it. To the south-west at the same time we still find the brightest star in the night sky, Sirius, in the constellation of the Canis Minor. To the east we can identify the constellation of Virgo, Leo and Bootes, with its brilliant Arturo. Instead, Ursa Major dominates in the North; to the north-west we see Cassiopeia, Andromeda, Cepheus. In the West direction the Bull stands out with its Pleiades, next to Perseus and Auriga.

Mercury – the small planet is observable for the first few days of the month westward at sunset.

The 15th is in conjunction with the Sun, so it will be undetectable. At the end of the month, it will be visible just before the rising of the sun in the east. On March 24 it is at the maximum elongation from the sun during sunset in the west and will have good visibility conditions at dawn.

Venus – is visible as the brightest star in the night sky after the Moon (and the Sun). It faces West in the Aries constellation, where it will be located from day 4. The 24 is at maximum evening visibility from 19.00 until 21.00 in the West. From 30 March it will be found in the constellation of Taurus.

Jupiter – It is located in the constellation of Sagittarius in the east where it will be visible during the first light of dawn. It will form several conjunctions, including the one with Mars, the Moon and Saturn on March 18, while on the 20th of the month it will be in conjunction with the red planet.

Saturn – visible as Jupiter and Mars in the South-East between the first light of dawn. It will be in conjunction with the Moon on 19th and 31st with Mars, just before dawn.

Uranus – in conjunction with Venus on March 9, it will more or less follow the schedules of the planet of love even though, obviously it will be much less visible. It will indeed be observable with the help of binoculars or telescopes in the constellation of Aries.

Neptune – March 8 is in conjunction with the Sun therefore undetectable.

The planets Mars, Jupiter and Saturn will therefore be the protagonists of the mornings of March 2020, starting from the 18th of the month. To identify them, you will need to get up early, in fact, before dawn you will have the best visibility conditions. We wish you good observations and clear skies!