The sky of May: constellations, planets, asteroids… 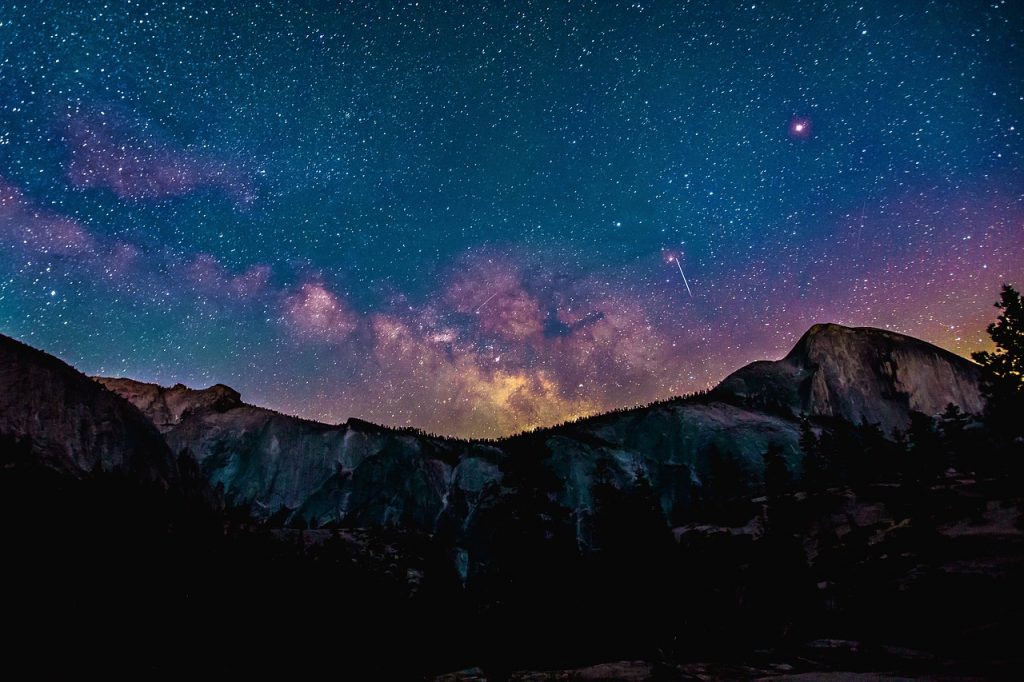 Between conjunctions and meteor showers, the “surprises” of the May sky

The M87 galaxy is the star of the sky in May. Inside it houses the super massive black hole photographed on 10 April by the Event Horizon Telescope.

Even if the astronomical night gets shorter as summer approaches, there will be many heavenly shows we can admire in the May sky.

In all their splendor, the constellations of spring

The Virgin and the Lion stand out among the spring constellations, high in the sky towards the south.

The constellation of the Virgin, as well as for its brilliant star Spica (apparent magnitude 0.98) is known and interesting especially for the cluster of galaxies that “contains”.

Lower down on the horizon we will find the constellation of the Lion, with its brilliant Regolo, to remind us that the winter constellations have almost disappeared.

Almost visible to the zenith is the Ursa Major, which together with the Leone a and the Boote makes it easy to identify the small constellations of the Coma Berenices and the Canes Venatici. Under the Ursa Minor we find Cassiopeia, “accompanied” by Cepheus. While the Swan and the Eagle gain space in the May sky.

In May the sky gives us an advance and a taste of summer.

Jupiter and Saturn approach the opposition; it will be possible to identify Jupiter around 10 pm towards the South-East; Saturn instead rises towards midnight in the constellation of Sagittarius.

Venus rises one hour before the Sun and will be observable throughout the month on the eastern horizon.

Mercury, ever lower on the horizon, will be in conjunction with the Sun on May 21st.

Mars sets around 11pm in May; it is therefore possible to identify it only at the beginning of the night between Taurus and Gemini.

Astronomical events of the sky of May

While the Milky Way stands out sumptuously waiting for the summer, we can admire, in the night between 5 and 6 May, the meteor shower of the Eta Acquaridi. This is believed to have originated from the famous Halley Comet. It seems to be born, as its name suggests, from the star Eta of Aquarius. It is possible to admire the swarm in the sky just before sunrise. 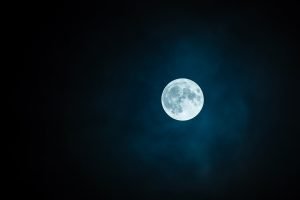 From the suggestive name, the full moon of May is also called “Flower Moon“.

May 18th will be visible in the sky starting at 11.00 pm. It owes its name to the ancient legends of the Native Americans, so that under the rays of the full moon of May colorful flowers in the clearings shone. They bloomed just in this period making the landscape enchanting.

Conjunctions of the sky of May

Our natural satellite will also dance in the skies together with Jupiter, on May 20th, and to Saturn, on the 21st, after midnight.

It will be possible to observe, through the use of telescopes, numerous asteroids furrowing the spring sky. Among these, the most famous is Ceres, belonging to the asteroid belt between Mars and Jupiter. It will be visible between Ofiuco and Scorpio.

The sky of May therefore offers the opportunity to admire numerous phenomena both with the naked eye and with the use of telescopes. So all that remains is to go out and discover the wonders of our cosmos.