Neptune, features and curiosities of the blue planet 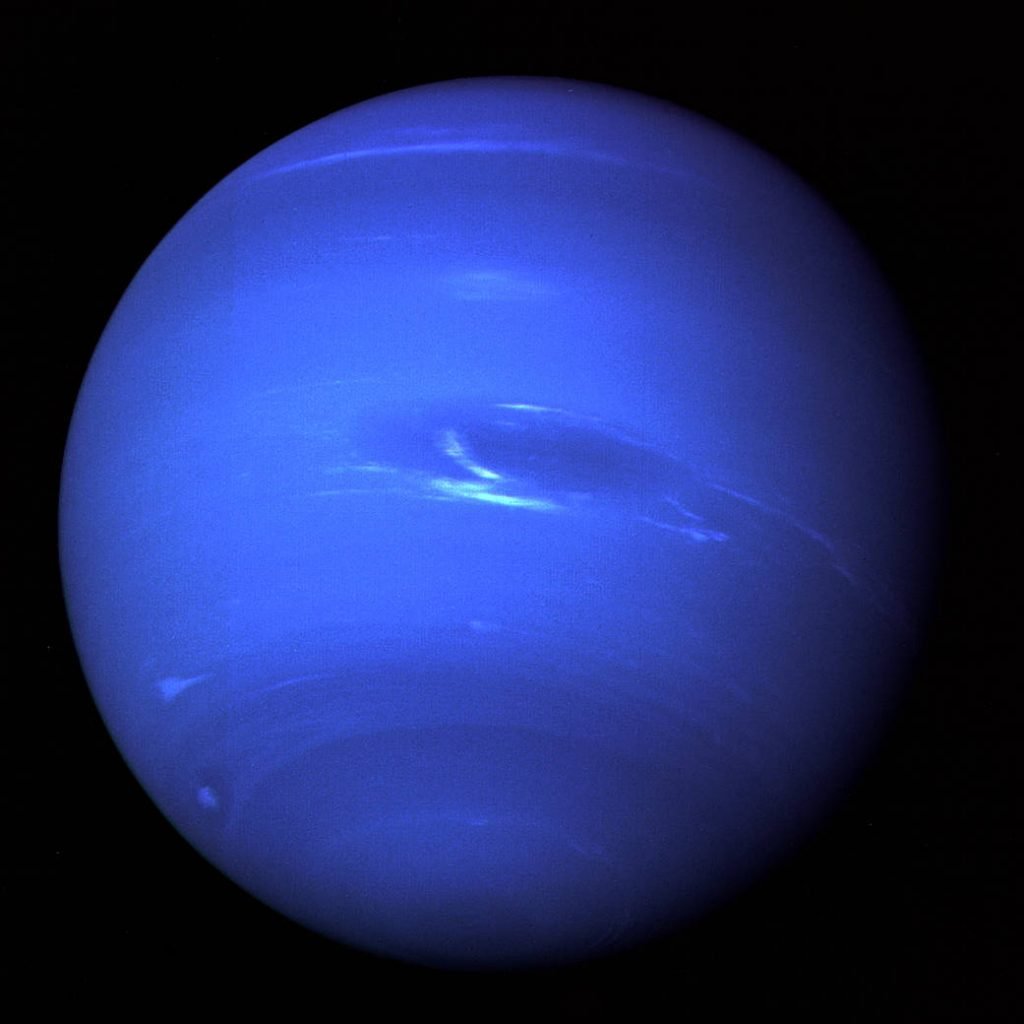 With its apparent magnitude of +7.82, the planet Neptune will remain invisible to the naked eye during the opposition.

The eighth planet of the Solar System, will find itself in opposition to the Sun on September 10th. Because of its high distance, only one probe in 1989 managed to reach it …

Neptune: from the hypothesis to the discovery

It was 1846 and Urbain Le Verrier presented a letter to the Acedemie des Sciences and the Berlin Observatory explaining the hypothesis of the existence of a planet – in the future called Neptune – beyond the orbit of Uranus, discovered in 1781 on which perturbations were observed, probably due to the presence of another large celestial body.

The hypotheses were confirmed shortly after and just Le Verrier baptized the planet “Neptune”. In the same period another English astronomer, John Couch Adams, noticed the perturbations of the orbit of Neptune, but the merit of the discovery was however attributed to Le Verrier, who had published the study some time before.

Neptune is a gaseous planet like Jupiter and Saturn, but unlike these, it has a larger solid core than the total mass. Composed mainly of water, ammonia and methane, it has an atmosphere, where hydrogen and helium are also present, very “lively”, with very strong winds and large spots (such as the Great Dark Spot) that characterize the surface. Its distance from the Sun is 4496,6 million km, with a diameter of 49528 km, and its mass is about 17 times that of the Earth. The day on Neptune lasts 16h and 6 min. It has a revolution period of 164.8 years. Its surface has an average temperature of -220 ° C.

The blue color of the planet is due to the presence of methane.

The only probe that ever reached the planet was Voyager 2 in 1989. Passing about 4500 km from the pole, it discovered six of the 15 known satellites today.

The rings of Neptune

In 1989 came the confirmation, hypothesized in the mid-1980s, of the existence of rings around the gaseous planet. The Voyager probe indeed highlighted the presence of several loosely luminous rings that surround Neptune on the equatorial plane. Of these the outermost is Adams, then there are the weaker Le Verrier and Galle.

Neptune and its natural satellites

The first satellites of the 15 known on the planet Neptune to be discovered were Triton and Nereid, of which the first is the only one of the Solar System to have retrograde motion.

The other satellites we know are: Naiad, the closest to Neptune, Talassa, Despina and Galatea, more internal and discovered by the Voyager 2 probe. They have an irregular shape that makes them very similar to asteroids. Among the other moons we find Larissa, Proteo and the already mentioned Nereide, discovered by Kuiper in 1949.

Its distance from the Earth makes it almost impossible to locate the planet with the naked eye. We need in fact powerful tools to see its peculiarities. With large telescopes, Neptune appears as a bluish disk. Even on the evening of 10 September 2019, when the planet will be in opposition to the Sun – therefore it has optimal visibility characteristics – we won’t be able, with its apparent magnitude of +7,82, to distinguish it among the stars with the naked eye. We will be alble to find it in the constellation of Aquarius and very close (apparently) to the star Phi Aquarii.