Mars, some interesting curiosities about the red planet 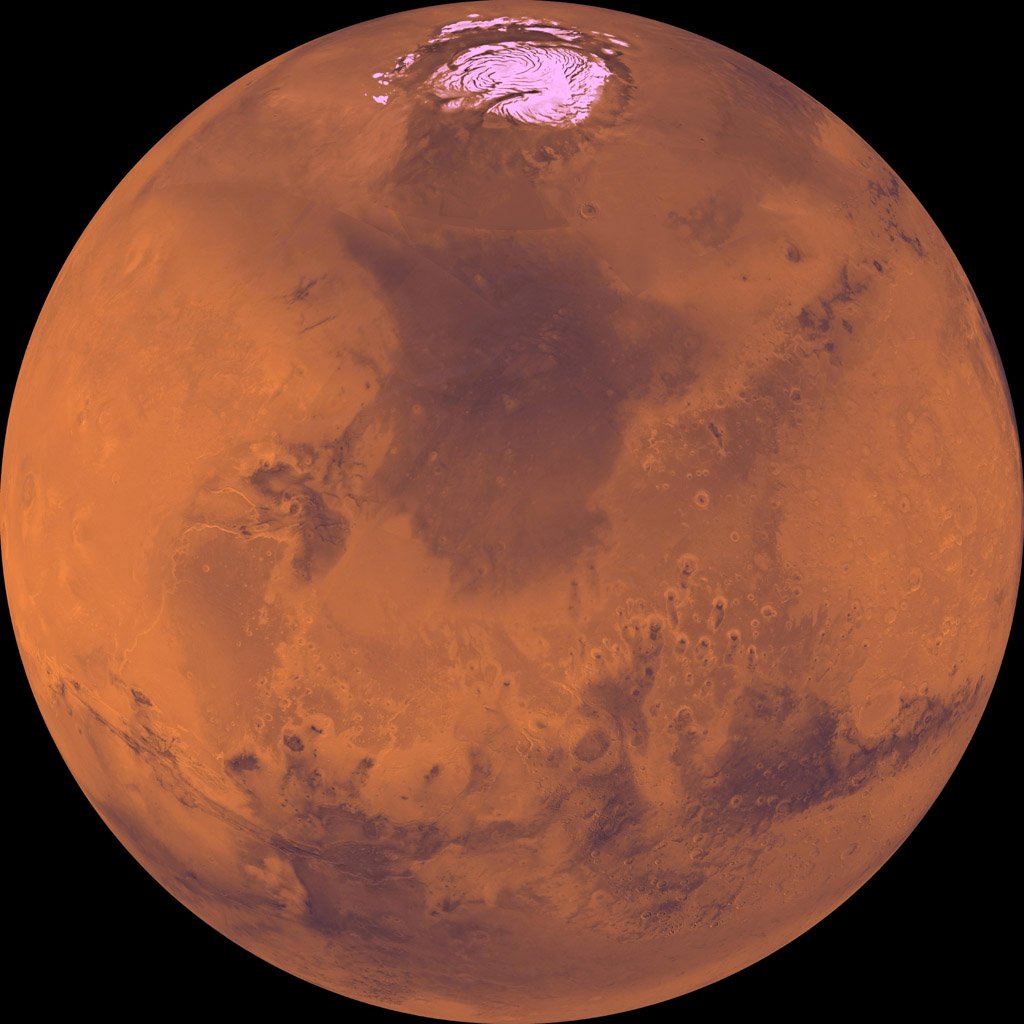 From Schiaparelli’s canals to new missions, some interesting curiosities about the planet Mars

The planet Mars is the fourth in order of distance from our mother star after Mercury, Venus and Earth. It will face the South-East horizon on January 18 to give us its first conjunction of the year 2020, with the red star Antares. We take this opportunity to present you some interesting curiosities about the planet Mars.

In 1609, Galileo Galilei was the first to observe Mars with a telescope. Thanks to his observations of the “wandering stars”, which appeared different from the stars (the latter remained point-like at the telescope, while the former were like “small bright moons”), he introduced the modern concept of the word “planet”.

As Herschel noted a few years later in the 1784 journal The Philosophical Transaction, Mars must have had a very subtle atmosphere.

In fact, when two stars were close to the edge of the planet, on the night between 26 and 27 October 1783, Herschel noticed that the planet did not affect the  brightness of the stars. He therefore assumed that the atmosphere of Mars was very rarefied.

In fact, the atmosphere of Mars is 95% composed of carbon dioxide, while according to the latest research, oxygen on Mars would have a “strange” behavior.

In fact, NASA’s Curiosity rover analyzed the atmosphere of the red planet from 2012 to 2017, detecting how the oxygen present increases in spring and summer. As explained in the official NASA note of 12 November 2019 by Melissa Trainer, nobody has yet a plausible scientific explanation for the behavior of oxygen in the atmosphere of Mars.

In 1877  scientists and astronomers paid great attention to Mars. It was on that occasion, during the great opposition of Mars in 1877 that the astronomer Giovanni Virginio Schiaparelli pointed his telescope towards the planet. So he designed a much more precise map than the previous ones. In addition, Afas Hall discovered the two satellites Phobos and Deimos in August of the same year.

Starting from the presumed network of canals then identified on the red planet by Schiaparelli, hypotheses and speculations about possible life forms on Mars began.

The canals of Mars are structures that the astronomer identified on the surface of the red planet. According to some, they could prove the existence of life forms on Mars. It was only in 1965, when the Mariner 4 space probe took the first photos of the planet, that it discovered an arid surface on Mars instead. Without the famous “canals” Schiaparelli identified.

Schiaparelli, one of the astronomers who first devoted himself to the study of Mars, detected with his telescope, always in the opposition of 1877, a clear spot, similar to a glow.

With the subsequent arrival of the space probes, scientists named the mountain  Olympus Mons – the largest volcano in the Solar System. It extends for over 25 km from the surface of the planet, and has a base with a diameter of about 610 km.

It will be in opposition to the Sun and the conditions of visibility will therefore be optimal. During the course of the year he will give us many beautiful conjunctions. For example that of October 29 with the Moon.

The space missions planned instead on the red planet are different. On July 17 it will depart from the Kennedy Space Center Atlas V which will launch the Mars 2020 probe. Landing is scheduled for 2021. On July 26 the launch of ESO’s ExoMars2020 is scheduled. A European-made rover will land on the surface of the planet.

Some information are from:

Giorgio Bianciardi on Mars – A journey through time and space, Il Castello