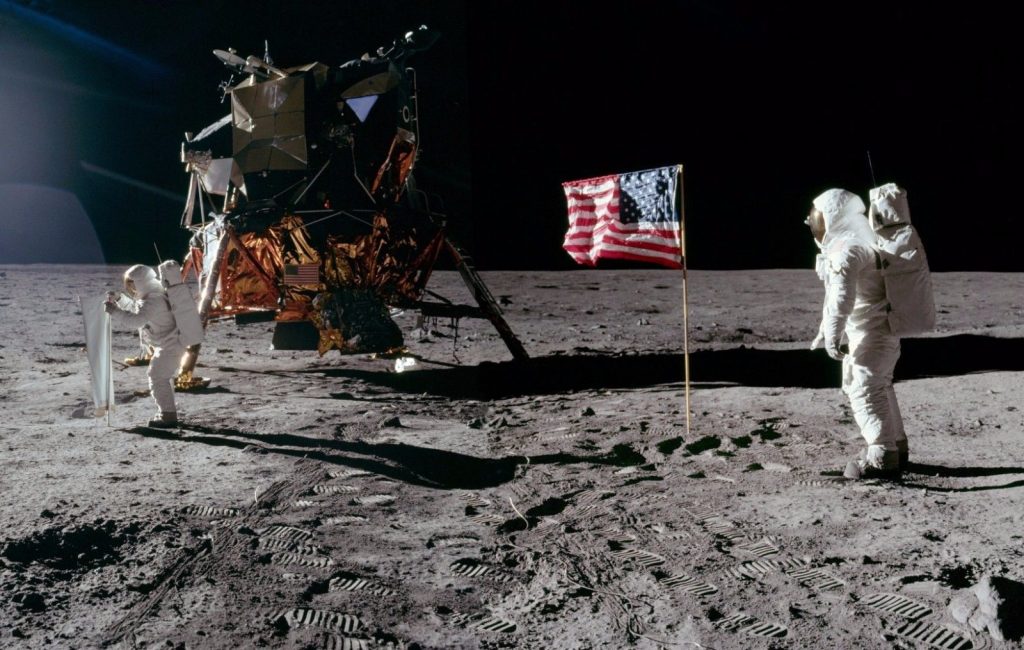 The historical direct that has marked humanity. On July 20, 1969 the first landing on the Moon.

Neil Armstrong first man on the moon on the night of July 20, 1969. A unique emotion, the direct history of RAI, which many remember with nostalgia, pride.

“Partiti” “Allunano!” “Addio Fantascienza!” Some of the Italian newspapers were titled on that 20th of July when everything changed for the history of humanity.

History of the Moon landing

Le 22.17 Italian time. As commander of Apollo 11, it was Neil Armstrong who first set foot on the Moon. A moment that many remember with enthusiasm and pride. “That’s a small step for a man, a giant leap for mankind.” The landing took place. Six hours later the first footprint on our satellite was destined to be imprinted in the memory and in the hearts of millions of people. It was 4.57 in Italy.

In the collective imagination the live broadcast in all the countries marked an era. It made millions of individuals participate in the enterprise that Tito Stagno himself, a few minutes after Armstrong’s descent on the Moon, defined: “Fruit of intelligence, of work, of scientific preparation and of man’s faith.”

A historical date that marks the beginning of an era, that of space exploration and in particular a greater knowledge of our natural satellite. The rocks brought by astronauts to Earth have changed our understanding of the Moon and the Solar System. They have contributed to literally making giant strides in modern planetology and science.

From that July 1969 today exactly 50 years have passed, years in which several other human and robotic landings have taken place. (The various Apollo missions and, among others, the last in chronological order, the Chang’e-4 / Yutu-2 probe, placed on the “hidden face”).

More than 250 journalists and technicians “orbited” around the realization of the RAI live television program. It broadcasted the landing with record audience. Millions of viewers tuned during the first step of the man on the Moon. More than 20 hours of live broadcast by Tito Stagno together with Ruggero Orlando from Houston, the broadcast glued millions of viewers. Until Tito Stagno announced: “He touched!”. 56 seconds in advance while the announcement of Ruggero Orlando, from Houston with 10 seconds of delay. There was for this a bickering between the two, the substance is that what they transmitted were the emotions, the tensions of the most important historical event for modern science.

With a child’s eyes, we relive the highlights of the man’s landing on the Moon. A testimony of those who have personally experienced the event. Renato, who at the time was only 9 years old (amazing how, despite being so small at the time, the event was imprinted as a mixture of emotions, with some details to act as background …), he tells with an excited voice:

“The memories, since I was a child, they faded, but I can clearly state that the adults were particularly excited. We all gathered in our house to see the event (even the doctor who lived above our house came down to watch the live broadcast). I remember this man who was jumping, due to the absence of gravity – he adds with a smile. And Tito Stagno had a very excited voice. He had a particular and recognizable voice. Years later, I think it’s the thing that has been most imprinted on my mind. From the moment they touched the Moon I remember the spaceship, with the famous ladder, And everyone was waiting for him to put his foot on the moon… “.