10 Apps to observe the starry sky with your smartphone

From free to paid Apps, here are the best to watch the sky with your smartphone! 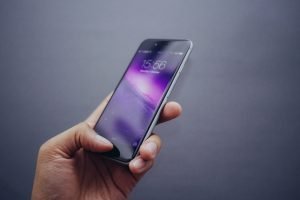 The sky in the palm of your hand! It is really the case to say it when we talk about App to observe the starry sky with the smartphone! There are different, from the most complete and paid, to the free ones. For most of them it is possible, starting from a free version, to expand the catalog of objects and functionalities through an upgrade. All provide a more or less different experience. You go from the “planetarium-like” to the “augmented reality”. This last one allows you to literally travel through the stars with our smartphone!

Stellarium Mobile Sky Map is an App (for a fee) for Android / iOS that comes from the famous “Stellarium” PC software. If until a few years ago in fact we had to connect to our computers to have a “portable planetarium”, now with the App Stellarium Mobile Sky Map it is possible to travel in the sky directly on the smartphone. The application shows in real time how stars, planets, celestial bodies appear in the sky; gives us at the same time information about them such as name, coordinates and distance. The app has a cost of € 3.49 from the App Store and € 2.69 from the Google Play Store.

Star Map is an App (free) for Android and iOS that allows you to have an overview of the sky at any time; shows constellations, celestial objects, planets. Clicking 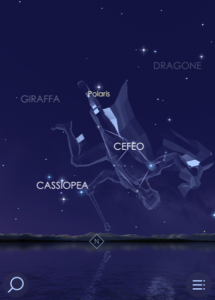 on one of them allows you to discover the data (125,000 stars in the “base” catalog; you can get there, with an upgrade of € 10.99 to over 2.5 million stars). Through the celestial research (free) the app tells us when the Sun and the planets rise and fall. With the heavenly search for a fee we can find out where to look for shooting stars, explore dwarf planets, trace comets and more. Searching for the name of a star in the celestial research, we will be able to know the right ascension and declination of a star, as well as the altazimuth and altitudinal coordinates, to orient our telescope.

Star Walk 2 is an App for Android (2.99 €) and iOS (3.49 €) which, for free, allows you to identify the main celestial bodies in the starry vault. With a well-designed graphic interface and suggestive background music, in the paid version it allows the elimination of advertisements. At the same time it allows the extension of many of its features, such as access to information on the stars.

The developer of Star Walk 2 is also Solar Walk 2, a “walk” in space and time, which allows an interactive journey into the Solar System. It offers several options for in-app purchases: from the limited free version to some functions, up to the complete package for € 9.99. It is an App for iOS, Android and offers the possibility of exploiting the famous Oculus augmented reality viewer.

Star Tracker, for iOS and Android is a free App. With its rather simple interface, it allows, pointing the smartphone towards the celestial vault, to identify the name of the celestial bodies present at a given time and position in the starry vault. 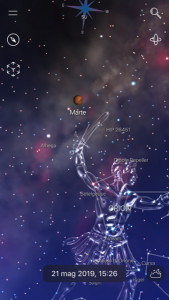 Night Sky is an app for iOS with a very attractive graphic interface. Allows you to access the “augmented reality” function in the free mode. Try accessing the camera you will get the impression that the sky is based on the landscape: try it! In the astrophotography mode you will have available a tool capable of capturing images and videos of the starry sky. By double-clicking on a celestial object and on the “i” of the information, you can access a real mine of information as well as a link with the Wikipedia article written for that object.

It is an App that, thanks to seven different criteria, allows you to plan the observations based on the sky conditions. “Is there anything interesting to see in the sky tonight?” “It will rain?” are some of the questions that will be answered in the functions of the application itself. All at a minimum cost of € 1.09. The app is only for iOS.

Available for iOS and Android, this App allows you to watch the stars by offering a different application depending on your budget.

For the more “demanding” the same developers have thought of a super complete App, with “space” features: the Sky Safari 6 Pro version includes a catalog of over 100 million stars, 3 million galaxies and 750,000 objects. Including all the comets and asteroids discovered so far. The price is € 43.99 for iOS and € 35.67 for Android.

For children the Star Walk 2 developers have come up with an app that is graphically and interactively engaging. In fact, the children will be able to recognize the main constellations, the Sun, the planets by pointing the device upwards. All at a cost of € 3.49. The application is available for iOS and Android.

This sympathetic application has Professor Astro Cat as a protagonist who will bring the little ones to discover the cosmos while having fun. They will learn to know the stars, the planets thanks to a graphic interface like a cartoon. Games will stimulate their curiosity towards the Universe. The cost is € 4.49 on iOS and € 3.99 on Android.