The Betelgeuse star is fading… is it going to explode? 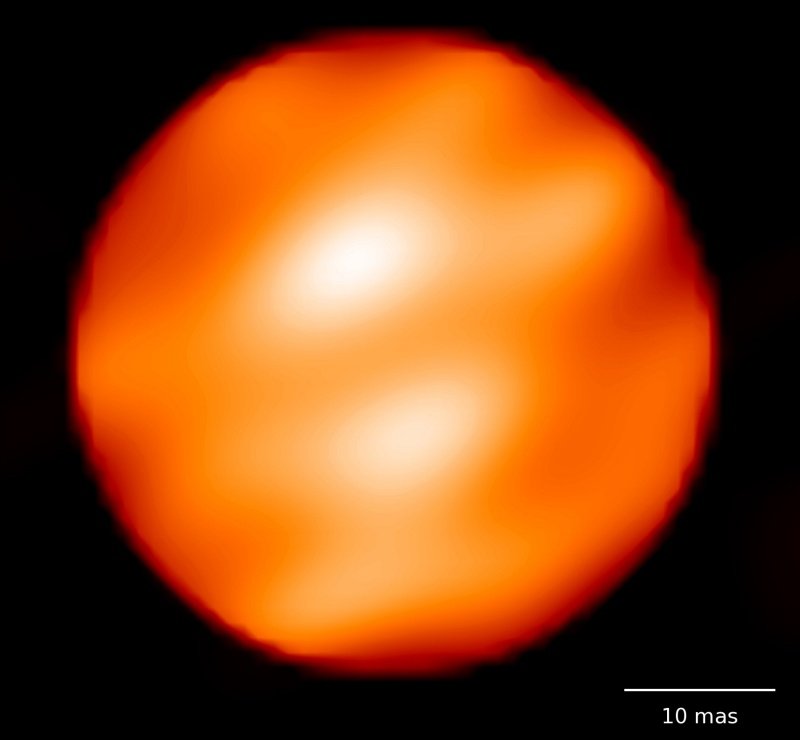 Observing the constellation of Orion in the evenings of December and in the previous evenings, many will have noticed a significant decrease in the brightness of Betelgeuse. The second brightest star in the constellation protagonist of the winter skies is in fact fading…

In particular, Betelgeuse is the red supergiant we can see in perspective in the upper left part of Orion. Recognizable in winter skies thanks also to its high brightness and the characteristic red color.

Betelgeuse is in fact a star that on the main sequence has been, for at least 8-10 million years in the phase of the class B stars, of white-blue color.

After passing through this

phase, now the star, which is relatively close to us – it is about 600-640 light-years away – occupies the area of ​​the red supergiants in the HR diagram.

What has happened in these weeks?

As of late October, astronomers have noticed a decrease in Betelgeuse’s brightness of about a third. The star is one of the most observed by scholars. Given its mass, equal to about 15-20 times that of the Sun, its future seems already written. It will evolve until the explosion into a brilliant type II supernova. Scientists do not known when this will happen.

So intense a change in brightness made us hypothesize in an initial analysis to an “imminent” explosion of Betelgeuse.

What will happen if Betelgeuse explodes?

The brilliance of the Betelgeuse explosion, of the supernova that will become, could be such as to be visible even during the day, and for several weeks or months. When this happens, however, we do not know for sure. Hypotheses give the end of the star from here to 100,000 years.

However, Betelgeuse is not new to changes in brightness.

There have been very few of them so intense, but scientists do not agree on the impending explosion of Betelgeuse. What we are observing is a drop in brightness which on the one hand we can call the “physiological” of the star. In the last 100 years there have been more or less high variations in its brightness.

This drop may be due, for example, to the continuous evolution of the layers of the star. Or, as some astronomers have suggested, the change could be due to the eruption of gas or dust.

So, ultimately, the drop in the star’s brightness isn’t directly attributable, according to scientists, to an impending explosion. It is therefore probable that the star is not going to explode, but nobody can know it with absolute certainty. According to current mathematical models, the Betelgeuse star is going to explode in a supernova in about 100,000 years.

The red star of Orion has therefore faded but, according to data and forecasts, it will not become, at least not before 100,000 years, a beautiful supernova.