6+1 things you may (not) know about Uranus 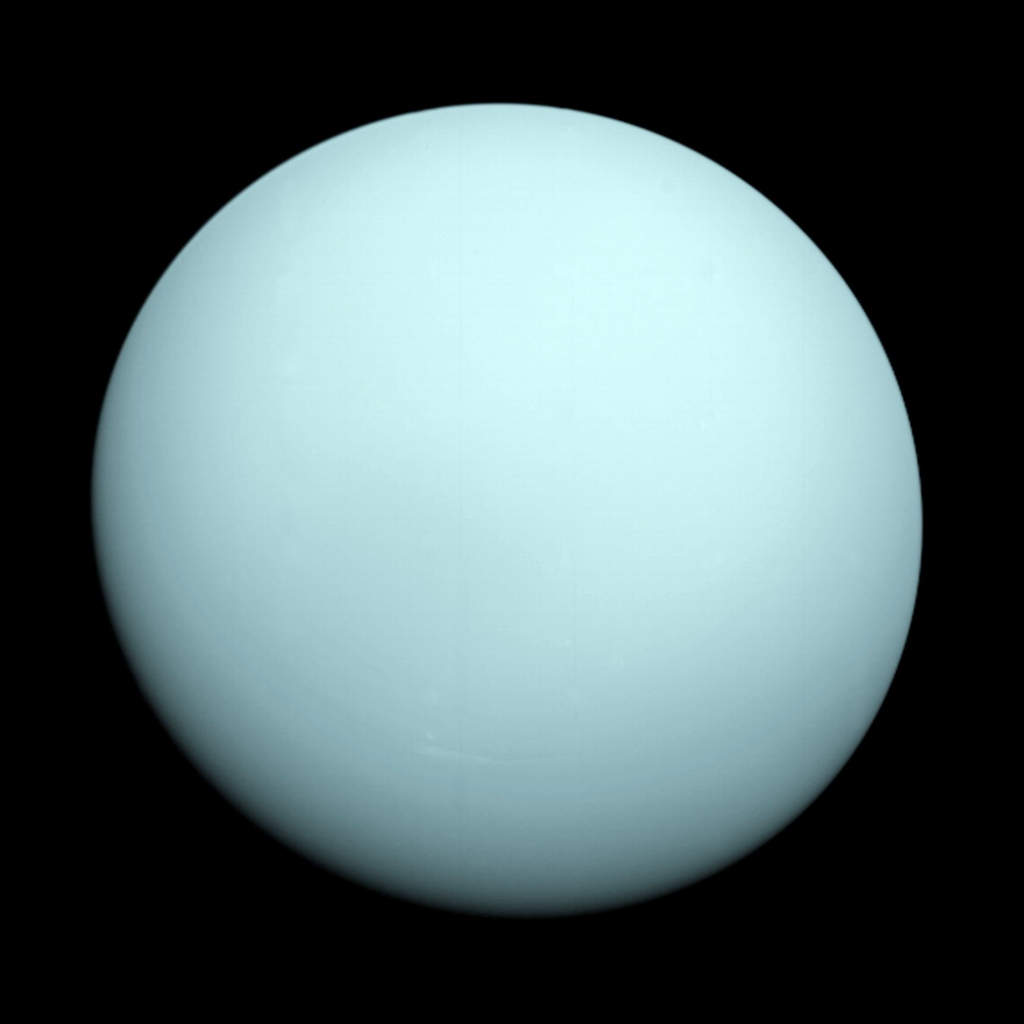 Uranus, named after the father of Cronos (Saturn), is a stunning and unique planet. Let’s find out six (plus one) features of Uranus you may have never heard of before!

Uranus is the seventh most distant planet from our star: its average distance is 2.9 billion kilometres (roughly 1.8 billion miles) from the Sun, which corresponds to 19.8 Astronomical Units.

Uranus, like Jupiter, Saturn and Neptune, is a gas giant planet. However, Uranus and Neptune are also classified as ice giants. The presence of water, methane and ammonia mixed with ice compounds of these molecules results in the coldest atmosphere in the Solar System, which reaches temperatures down to -224.2 degrees Celsius (-371.56 degrees Fahrenheit).

3) THE RINGS OF URANUS

Saturn is not the only planet to have a fine and complex ring system. In fact, Jupiter, Neptune and Uranus have rings, too. Uranus has 13 known rings; the outer ones are brighter than the inner bands.

4) A FEAST OF SATELLITES

At least 27 moons revolve around this planet. The main feature of these moons is their names, that comes not from Greek mythological characters, but from works of Shakespeare and Pope, like Oberon, Miranda and Titania. Furthermore, the innermost satellites consist mainly of ice and rocks. The composition of the outermost satellite remains uncertain.

5) THE PRIZE FOR “THE MOST TILTED AXIS” GOES TO…

Almost all of the planets in the Solar System rotate on themselves almost perpendicular to their own orbital planes. Uranus is the only planet to have its rotation axis almost parallel to its orbital plane. Also, its rotation is retrograde, like planet Venus.

6) AROUND THE SUN, ONCE MORE

A Uranian day is pretty short, lasting only 17 hours, 14 minutes and 24 seconds. Due to its distance from the Sun, its period of revolution is 84 Earth years: since its discovery in 1781, the seventh planet has yet to complete three orbits around the Sun (mark your calendars: it will complete its orbit in 2033!).

Although it may seem confusing, Uranus was actually the first planet to be discovered by a human being: he was British astronomer William Herschel.