5 interesting curiosities about the planet Mercury 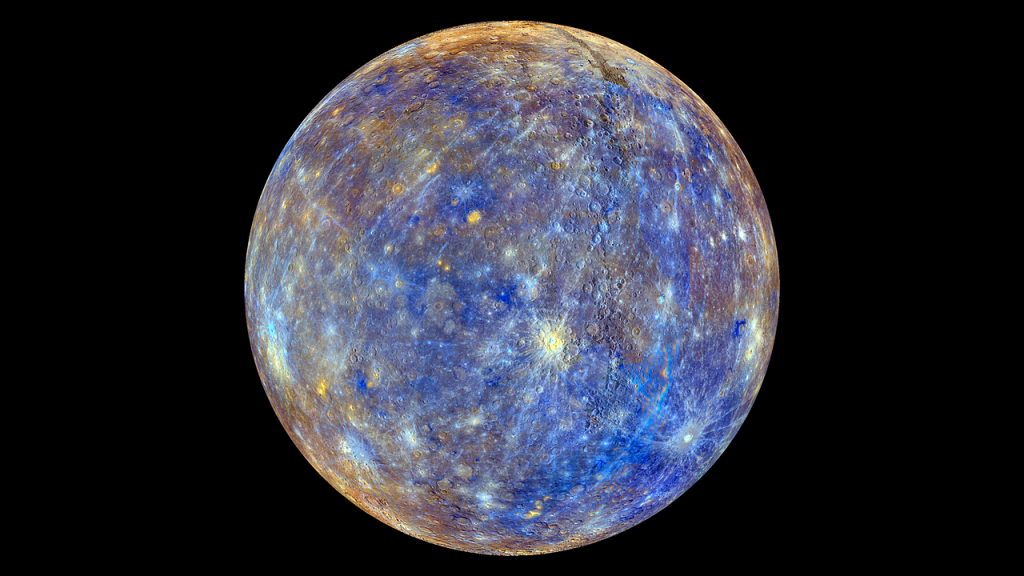 5 curiosities about Mercury, tha smallest planet in the Solar System!

It is one of the most difficult planets to observe, given its proximity to the Sun. Mercury will be at its maximum east elongation on February 10, 2020. On this evening and in the following, the planet will be visible from the northern hemisphere for about an hour and thirty after sunset. Here are some curiosities about Mercury, the smallest planet in the Solar System!

Mercury, the smallest and most internal planet of the Solar System – is located at 0.3871 UA (Astronomical Units) from the Sun – makes a turn around our star in about 88 days. Its year is therefore very short, not only because of its proximity to the Sun, but also because its orbit is very eccentric – it is less circular than that of the other planets in the Solar System. The speed with which the planet moves on orbit is also the highest in the Solar System: think that its solar day lasts twice the duration of the solar year. This also makes the small planet Mercury unique in our Solar System.

The temperature range on the planet Mercury is also the highest in the Solar System. In fact, it passes on its surface from a temperature greater than 350 ° C in the area exposed to the sun, to -170 ° C in the area not exposed to the sun. This is the greatest thermal excursion detectable in the Solar System; this is because of its proximity to the Sun, and because of its absence of atmosphere.

3. From Schiaparelli to te Messenger mission

Given its difficulty in observation, Mercury was one of the least studied planets. The first to map its surface was the Italian astronomer Giovanni Virginio Schiaparelli. Later a Greek astronomer, Eugène Michel Antoniadi, in 1934 drew more detailed maps of the surface of Mercury. However, we must wait for our space missions, from the middle of the last century, to get more precise information about the small and mysterious planet Mercury.

The only two space missions (Mariner 10 from 1973 and Messenger from 2004) revealed details of the otherwise untestable surface.

4. Mercury and its craters

Mercury also has one of the largest craters of the Solar System, in relation to the surface of the planet: it is the Caloris Planitia, a crater of about 1600 km in diameter.

5. Mercury and the theory of general relativity

A confirmation of Einstein’s theory of general relativity is found in the so-called precession (rotation) of the perihelion of Mercury’s orbit. Each time the planet makes a revolution revolution around the Sun, its elliptical orbit rotates in space, moving the point of maximum approach to the Sun over time. This was explained with the theory of general relativity by Einstein in 1919.