3 curiosities about Jupiter, the star-like planet. 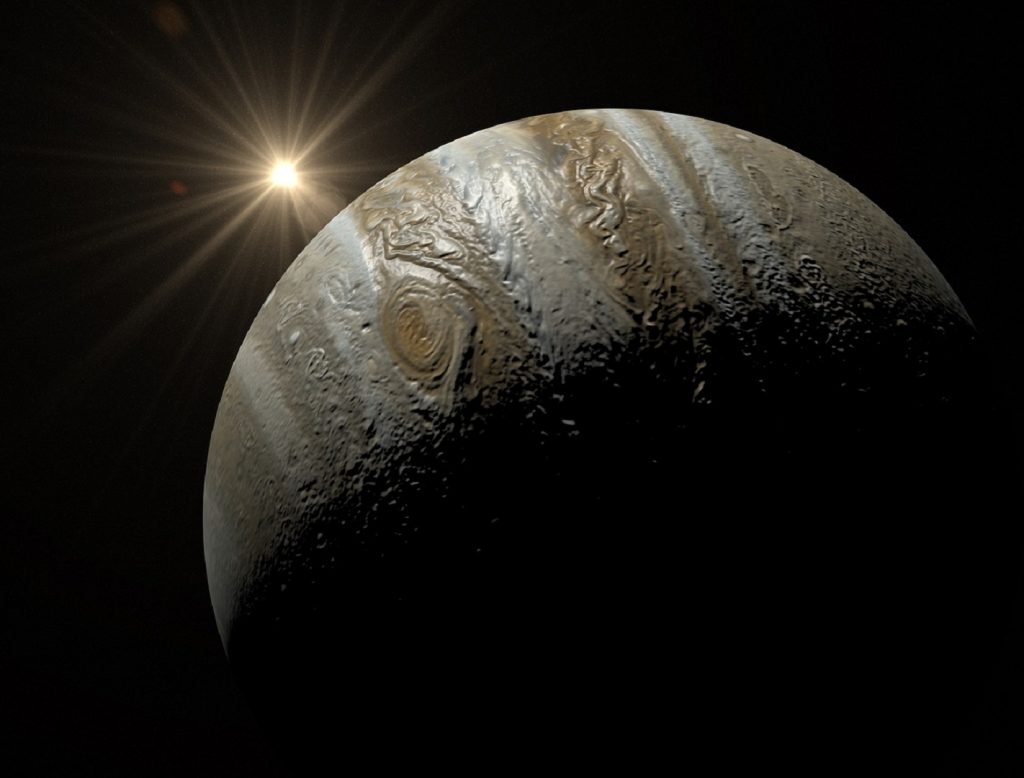 Jupiter, a planet of a thousand surprises! 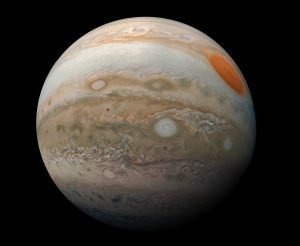 Perhaps not everyone knows that Jupiter has special features that make it unique.

On these spring nights, in many will have noticed a bright dot rising in the east, towards the constellation of Ophiuchus and the star Antares…

In the night between 22 and 23 April, Jupiter and the Moon “met” in the conjunction that saw them as protagonists.

Jupiter is the fifth most distant planet from the Sun after Mercury, Venus, the Earth and Mars. It is the fourth brightest celestial object after the Sun, the Moon and Venus. But reserve many other surprises …

The “giant” planet par excellence is distinguished from the others by its size. Its mass is equal to 317.9 times the mass of the Earth. A gaseous “giant” that has nothing (or almost) to envy of a star …

Perhaps not everyone knows… Jupiter is two and a half times the mass of all the other planets combined. This, together with the fact that it is a gaseous planet composed mostly of hydrogen and helium, makes it more like a star, than a real planet.

The hypotheses on the composition of Jupiter are based on a solid nucleus mostly formed by rocks and ice that underlies a mantle of metallic hydrogen. The pressure is very high: about 3 million terrestrial atmospheres.

These characteristics make it similar to a star: many scholars have long considered it a “failed star“. We could have called yhe planet Jupiter “star” only if there had been for him the opportunity to increase its mass by 75-80 times the current one, thus allowing the triggering of thermonuclear fusion reactions in the nucleus, typical of stars.

Not only does Saturn have rings!

It is indeed true that not only Saturn has a “collection” of rings around its equator! Jupiter in fact boasts, at a distance of 55000 km from the highest clouds of the atmosphere, a formation of planetary rings.

The Voyager 1 probe discovered them in March 1979. Very small dust from rocks and ice make them up. For this reason they are not very visible: they reflect very little sunlight. 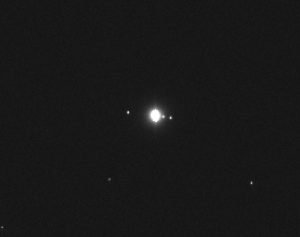 Lightning and lightning on Jupiter!

The ancient Greeks depicted Zeus, Jupiter, as the “adunator of nimbus and storms“, the “Lord of Lightning”. It is true that even the atmosphere of the planet Jupiter is subject to thunderstorms, cyclones and lightning, just like it happens on Earth!

We can see the action of lighting on Jupiter, only at the poles. Here the intensity of the storms is greater. On the Earth, in fact, the Sun “warms” more at the equator. On Jupiter there is an increase of convective motions towards the poles, which bring greater humidity.

Already in 1979 the Voyager probe collected the data on Jovian lightning. Subsequently analyzed and detected by the Juno probe by NASA, it was realized that these are much more similar to the terrestrial precipitations than one thinks.

The so-called “red spot” is a typical conformation instead of an anticyclonic storm. It has lasted for about 300 years and is visible from the Earth even with a small telescope.